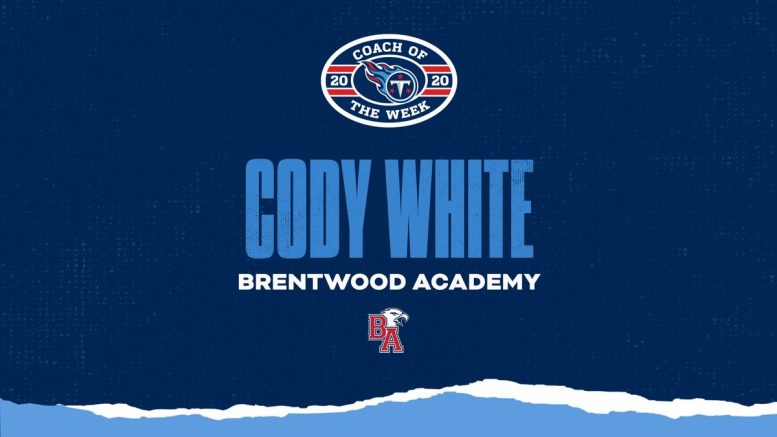 Cody White, who missed his teams’s first two games due to a COVID-19 quarantine, is this week’s Tennessee Titans‘ High School Coach of the Week. White who has served as Brentwood Academy’s head coach since 2012, celebrated his return to the sideline with an exciting 30-27 win over McCallie.

Heading into this week’s game against Clearwater International Academy from Florida, BA is ranked No. 2 in the High School Football America Tennessee Top 10.

Since arriving at Brentwood Academy from Denison High School in Texas, White has led the Eagles to four state titles.

Congrats to Coach Cody White of Brentwood Academy. He is our @Titans High School Coach of the Week for 9/4 🏆 The Eagles picked up a huge region win on the road last Friday in Chattanooga. Well done Coach and good luck the rest of the season 🏈 pic.twitter.com/AFyeNQwExg