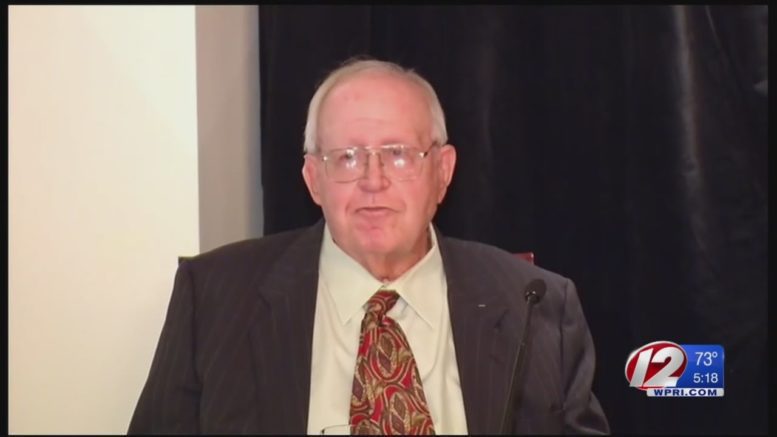 The defensive mastermind, who succumbed to a lengthy battle with cancer on Tuesday, actually did coach at the prep level in his mid-20s at Gainesville (Texas) High from 1957-59 — two hours from his hometown of Frederick, Okla. Much like his NFL coaching career, the Leopards would have run through a wall for Ryan, but his superiors ultimately showed him the exit door.

While teaching history and driver’s education at Gainesville, Ryan served as an assistant coach for two years under Dub Wooten, who believe it or not was deemed the disciplinarian between the two. In 1959, he took over the reins as head coach and athletic director at the Class 4A school.

According to accounts shared by players with the New York Daily News at the 50th reunion of Gainesville’s Class of 1960 — a group that featured 14 seniors on Ryan’s roster in the fall of 1959 — the young coach employed tactics similar to those that earned him fines from the NFL:

And his players cherished every minute of it.

“He made you want to run through hellfire for him,” Doug Lillard, a retired computer science professor who played tight end for Ryan at Gainesville, told the Daily News in September 2011. “He’d yell, ‘Let’s kill ’em!’”

“I truly believe Coach was a divine appointment in my life,” added Larry Sullivant, a former linebacker for the Leopards who credited Ryan’s toughness for his career as a lawyer and district judge. “He always told us: 90% of life is attitude, the other 10 is what happens to you. … You can’t measure what he gave us in silver and gold.”

All in all, 13 of the 14 seniors in Ryan’s lone season as head coach earned college scholarships, according to reports. Although, as was often the case during his seven NFL coaching stays from 1961-95, Ryan was soon fired for butting heads with management over his approach.

“Halfway through the year we realized Buddy had spent the entire athletic budget on football,” former Gainesville principal Jim Campbell told Sports Illustrated in 1994, when Ryan became head coach of the Arizona Cardinals. “Left nothing for baseball. Nothing for a track team that won the state meet in 4A that year. I called him to my office.

“Helluva coach, but he was fired after that one year of being in charge. Players went on strike for him, missed four days of spring practice, until I talked them out of it.”

Ryan’s one season at Gainesville marked his first as a head coach in any capacity, and he didn’t hold that title again until the Philadelphia Eagles hired him for their head coaching gig in 1986. Ryan returned to North Texas for the 50th anniversary in September 2011, flipping the ceremonial coin toss before Gainesville’s game against Castleberry — one the Leopards appropriately only allowed a single touchdown in a 26-7 victory in front of the defensive guru.

Ryan was first diagnosed with melanoma in the late 1960s, the Daily News reported, and more recently battled encephalitis, two more bouts with cancer and a stroke. All the while, Gainesville players remained in constant contact with the coach they credit for making them men.

“If the Grim Reaper comes for Coach,” Sullivant told the paper, “he better charge twice.”

The Grim Reaper came for Ryan more than that, and the coach held the door as long as he could.