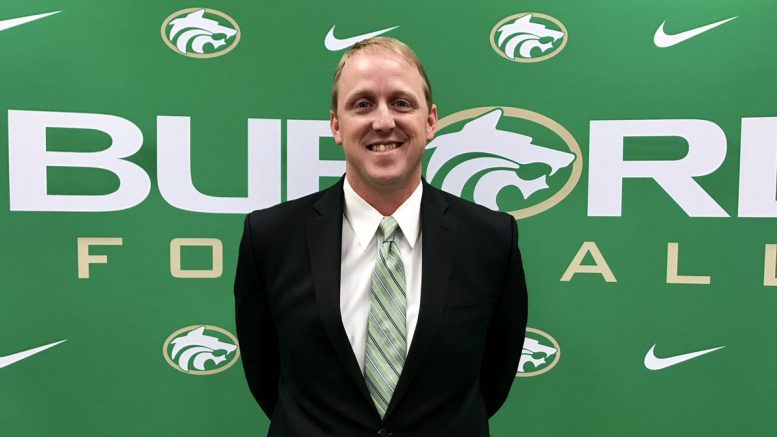 John Ford, who led Roswell (Georgia) to back-to-back 14-1 seasons and a No. 11 ranking in the final 2016 High School Football America National Top 50, is the new head coach at Buford.  The Buford job opened after longtime head coach Jess Simpson, who led the Wolves to 10 of their 11 overall state football title, left for a job at Georgia State.

Before Ford arrived at Roswell, the Hornets went 0-10 and 3-7 in 2011 and 2012.  In his first season, Ford led Roswell to an 8-4 mark.  The last two years, the Hornets have finished runner-ups in the state’s biggest classification.

Ford told the GwinnettPrepSports.com, ““I was not looking for a job.  I think Buford is one of the best jobs in the country. So when the opportunity to discuss it came up, you have to look at it. These kind of opportunities don’t come around often. It’s such a special place, you have to take a look. I hadn’t updated my resumé since 2012 I don’t think. … It was incredible to meet all the people at Buford. I’ll miss Roswell — great kids, great coaches, great people. But this is a special place. You can tell that when you meet the people.”