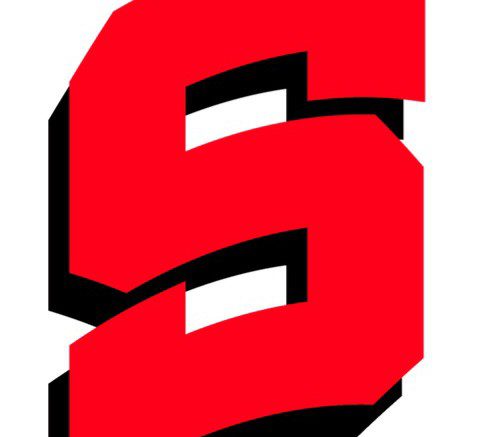 I began writing this series during the 2013 season, my first as a head coach, with two goals in mind. The first was to help all young coaches who aspire to become a head coach get an inside look at what the 1st year might look like. The second goal was to help coaches not make some of the same mistakes I was making, or, take something I did and implement it into your own personal coaching philosophy.

I am going to attempt to summarize all of the 2013 season and the school’s history in one short paragraph for you, before catching you up on what has happened between then and now.

I took over at Cardinal Stritch Catholic High School, a school that had relatively little football tradition and sustained success over it’s near 50+ year history.  In the five seasons prior to taking the job, the football program had managed just a 9-41 record, with the best season during that stretch being a 4-6 record in 2010. The last winning record by the program was in 2006, when the team went 8-2 and made the state playoffs for just the third time in school history. Like all young, energetic, and probably naïve head coaches, I was convinced that I would be able to turn the program around immediately, because I had all of the right answers to fix whatever had been missing all those years before. I was wrong! We went 0-10, and you can re-live a lot of the highs (although there were few) and lows in my previous writings in this series.

Going into 2014, I knew we needed to fix a lot. There were so many things I wasn’t happy with that we did as coaches and as a program during that 0-10 season. Maybe one of the most troubling things for me is we didn’t establish an identity. Our offensive scheme and philosophy seemed to change bi-weekly as I searched for something that would work for us. Defensively, I thought we played well at times, but it was clear that the answer for our personnel was not the 3-3 Stack Cover 0 defense we played on just about every snap of the entire season.  So, to fix those two problems, we did some staff reorganization and put guys into roles that were better suited to their knowledge and skill-sets as coaches, and we changed our offense to a system-based offense that we think complimented our personnel — a lot of skill players and small linemen.

For the offense, we decided on a no-huddle spread offense with the goal of using three different tempos throughout the game to dictate the pace of the game. On the defensive side we switched to a 4-3 defense and mixed both man and zone coverages. There was obviously a learning curve going into 2014 as we were essentially entering year one in the system on both offense and defense for the second straight year. Our players really took a liking to both of these systems and bought in to learning the ins and outs of them. With that being said, our offensive production increased exponentially in terms of yards, points, pass protection, and maybe the most important (and debilitating part of 2013) turnovers. Our QB rushed for 975 yards and threw for 975 yards in 9 games, we had two running backs combine for close to 800 yards, and our offensive line gave up just 8 sacks in 268 drop backs. All of these things are small victories from where we were in 2013.

We ended 2014 with a 4-6 record, tied for the best record in the past 8 seasons at the high school. One of those 6 losses came to a league opponent, Ottawa Hills, in Week 7 when they scored a touchdown and two-point conversion with 0:18 left on the clock to take the lead 36-29 and earn the victory. The reason I single out this one game to highlight for you is not because we lost the game in the last 20 seconds (we actually did the same thing the season before against Ottawa Hills, when they scored with 0:17 seconds left to take the lead). I select this game to share with you because for me it was the point where I knew our program philosophy, teaching of the fundamentals, and our player buy-in and commitment was finally taking root. Ottawa Hills jumped out to a 22-0 halftime lead on us in this game. In previous seasons, the response to being down was that our guys would just quit. They had no belief that if you continued to play that you could still comeback and be in the game. We came back in this game and took the lead on two separate occasions, 23-22 and 29-28, before eventually relinquishing it for the final time in the final 20-seconds. As a coach, the loss was tough. Especially when you consider had we won that game we may have been able to sneak into the state playoffs. But when reflecting back on where we have come from during that 0-10 season, to erasing a 22-0 deficit and giving ourselves a chance at a victory, I couldn’t be more proud of our players and coaching staff for the strides we’ve made in a relatively short period of time.

Now we turn to the 2015 season. It will be a chance for a lot of our players who have put in a ton of work over our two previous seasons, but maybe not gotten the on-field opportunities they hoped for, to step up and show it’s their program now. We graduated 12 seniors last season, of which, most started and many on both offense and defense. When you only have a roster size of 34, losing 12 is a huge hit. We have 13 seniors this season that will look to continue to build the program and hopefully will take us to the next level.

As I “reboot” this series, you can expect articles on things we do in our program as well as updates on our practices and games at Cardinal Stritch. It is my hope that you will like some of the things we do in our program and adapt them to fit yours. I am always open to aiding anyone who wishes, and engaging in conversations to learn and teach. Please don’t hesitate to reach out to me if you ever have any questions or would like me to send you materials I may reference in a post. You can contact me on Twitter @CoachWical or via my email address [email protected].