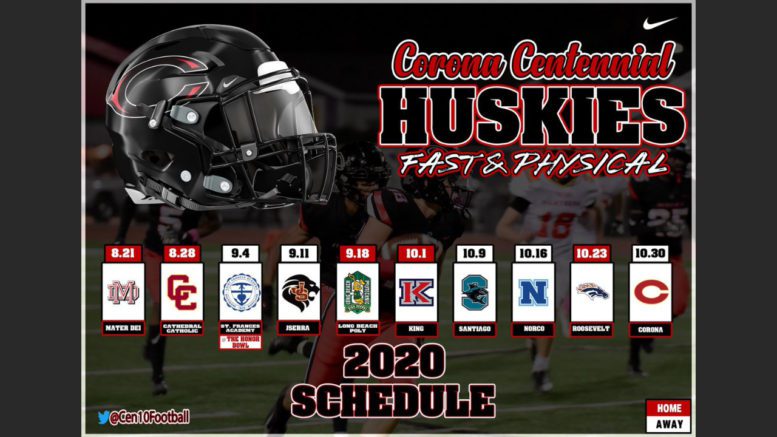 Every year, Corona Centennial head coach Matt Logan’s program is in the mix to not only be one of the best teams in California, but also nationally.

Since High School Football America began its national rankings in 2012 (an opinion poll), the Huskies have been a mainstay. Prior to last season, we did poll to see which teams have been the best since we started using our proprietary algorithm 2013 and the Huskies finished as the seventh best program in America.

Below you can see where Logan’s teams have finished over the last eight years in the High School Football America national rankings.

On Monday, the Huskies announced their 2020 high school football schedule that features four teams that finished in our Top 100, including No. 2 Mater Dei and No. 3 St. Frances Academy (Maryland). CC will also play No 77 Cathedral Catholic from San Diego and No. 92 JSerra.