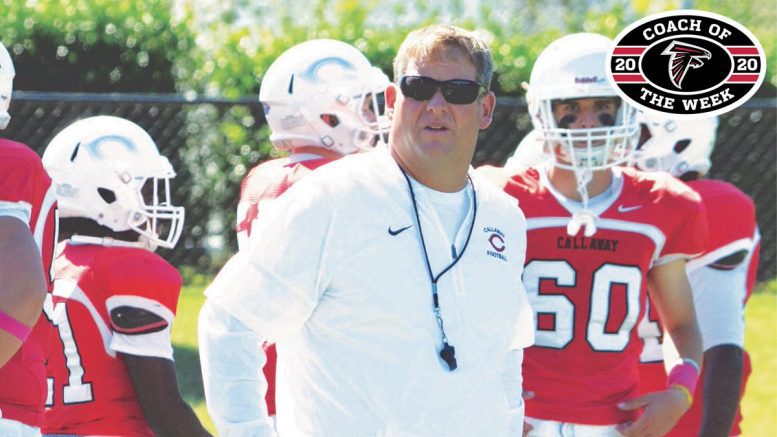 Pete Wiggins, who’s been the head coach at Callaway High for 16 seasons, is the Atlanta Falcons‘ fourth Coach of the Week for the 2020 season. Wiggins owns a career record of 141-47, which includes a 3-0 start this season.

Since 2009, Wiggins has led the Cavaliers to at least the third round of the postseason six times. Four times since ’13, Callaway has reached the state’s semifinals.

Introducing our fourth Atlanta Falcons Coach of the Week 📣