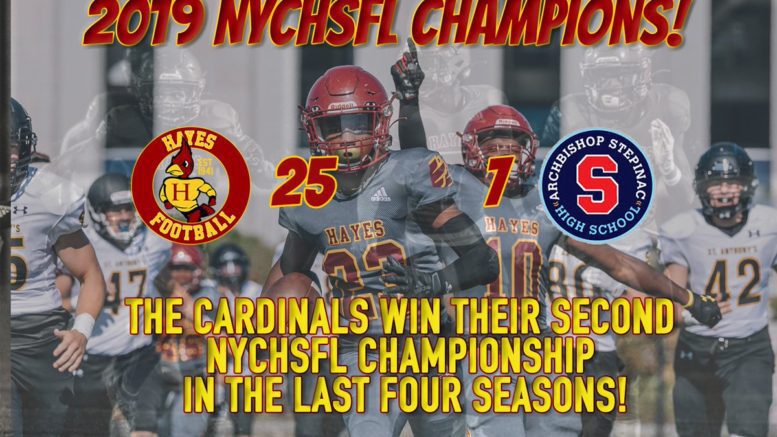 Top-ranked Archbishop Stepinac’s drive for a Catholic High School Football League three-peat came to an end at the hands of Cardinal Hayes, which beat the Crusaders 25-7 for the AAA title.

Less than a minute into the game, Stepinac lead 7-0, but that was it as Hayes scored 25 unanswered points.

Hayes, which won its second CHSFL title in four years, improves to 7-4, while Stepinac finishes 8-2. Next week, Hayes will play Canisius for the Catholic state championship.