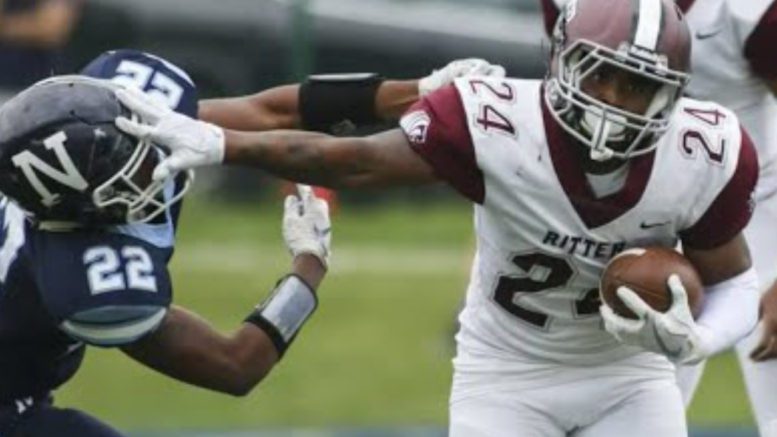 While there is a ton more good than bad that comes from high school football, the story surrounding the Cardinal Ritter (St. Louis, Missouri) football program cancelling the rest of the 2019 season is a lot of bad.

Last year’s Missouri Class 3 runner-ups, who climbed as high as No. 125 in this year’s national rankings, have forfeited all of this year’s victories, cancelled the rest of the season and fired the entire coaching staff after it was learned that the school used a player in its first game this season even though he was suspended.

Junior running back Bill Jackson was suspended for the season opener against Nazareth Academy (Illinois) because he was ejected from the 2018 Class 3 state championship game. According to the St. Louis Dispatch, on October 15, school officials self-reported that Jackson wore No. 24 instead of his usual No. 4., but he was identified as freshman named Marvin Burks. The newspaper reports that Banks also played in the game against Nazareth, which won last year’s Illinois Class 7A state championship.

Ritter beat Nazareth 32-21 with Jackson/Burks rushing for 109 yards and scoring a 56-yard touchdown. Nazareth entered the season opener ranked No. 104 in our national rankings.

The lie now leads to Jackson, who according to 247Sports.com owns a college football scholarship offer from Southern Mississippi, will now serve an eight game suspension into next season.

Head coach Brandon Gregory took-over the program in 2016, leading the school to a 28-8 mark on the field. Below is an interview with Gregory from last Friday after he was fired and the team forfeited all nine of this year’s games.

Below you can listen to an interview with Jackson’s mother.