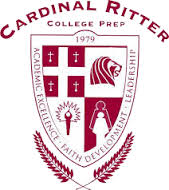 Cardinal Ritter won its second Indiana state football title in four years Friday with a 28-6 win over Eastbrook in the 2A state championship game.  The Raiders were led by junior quarterback Diomoni Small, who threw for 203 yards and two touchdowns.

Cardinal Ritter finishes the season 11-4, while Eastbrook, which was playing in its first football state championship game, ends 13-2 overall.