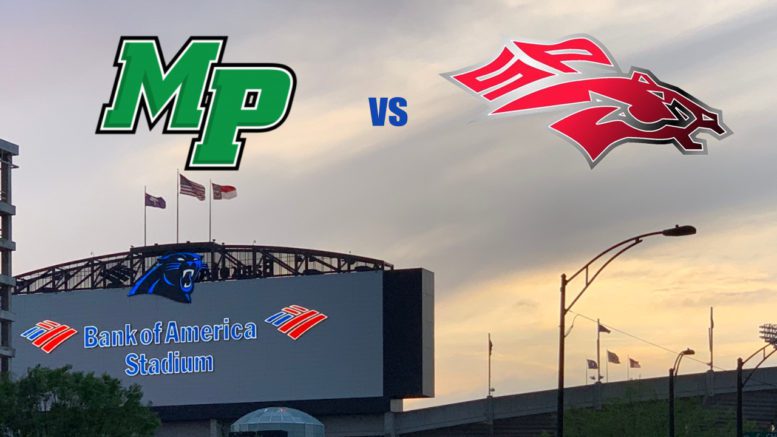 One of the top 2020 high school football showdowns between North Carolina and South Carolina teams will take place in Bank of America Stadium, home of the Carolina Panthers in Charlotte, North Carolina. The two will meet September 5 at 7 P.M. in the first game in the NFL stadium.

Trinity Christian is led by 4-star college football prospect Shedeur Sanders, son of Pro Football Hall of Fame cornerback Deion Sanders, who has served as the school’s offensive coordinator for the last three seasons. The younger Sanders threw for 3,477 yards and 47 touchdowns with four interceptions last season in leading the Tigers to a 13-1 record and the Texas Association of Private and Parochial Schools (TAPPS) Division II state title. However, after the championship, Trinity Christian was officially removed from TAPPS.

Myers Park, which plays one of the toughest schedules in the Tar Heel State, will open the season against North Carolina-power Mallard Creek. Below is the Mustangs 2020 schedule and also the Stallions.

8/19 – vs. Mallard Creek at Matthews Sportsplex

9/5 – vs. South Pointe (South Carolina) at Bank of America Stadium

9/5 – vs. Myers Park (North Carolina) at Bank of America Stadium