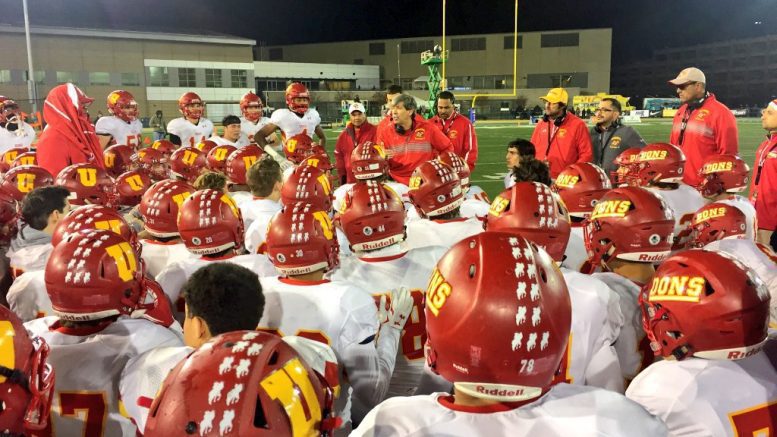 St. Mary’s (14-2) appeared to have the championship under wraps with a 14-point fourth quarter lead, but the Dons stormed back and actually took a 35-28 lead when Tate Haynes tossed a 77-yard TD pass to Jack Thompson with 1:25 to go in the game.  St. Mary’s only needed 40-seconds to tie it up at 35-35 when Jake Dunniway threw a 70-yard touchdown pass to Aaron Jenkins.

After Cathedral Catholic stuffed St. Mary’s at the goal in overtime, the Dons won it when Liam King connected on a 20-yard field goal.

Bingham battles back to win Utah 5A title