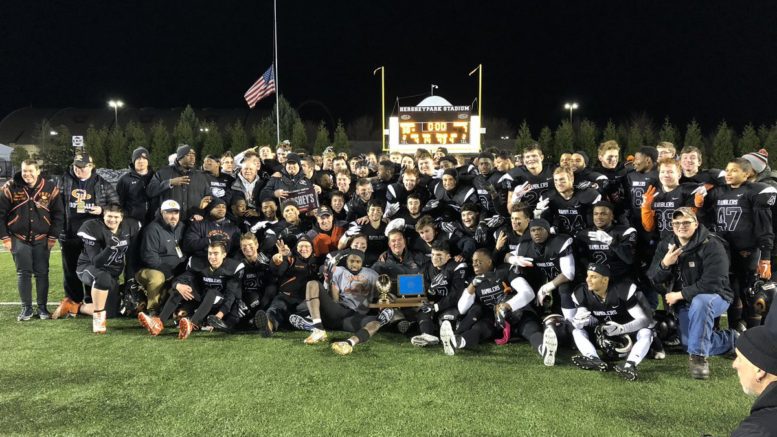 Unlike the last two seasons, this year’s road to a Pennsylvania high school football championship for Cathedral Prep had a few more bumps. After a 1-2 start, plus a late season loss to a high school football team from Canada, Cathedral Prep won its third straight state title Thursday night at Hersheypark Stadium with a dominating 38-7 win over Imhotep Charter, which enter the contest ranked No. 7 in our latest Pennsylvania Top 25. CP was ranked No. 20 entering the Class 4A title game. Both teams also began the season ranked in the High School Football America 100 Preseason National Rankings — Imhotep at No. 48 and Cathedral at No. 71.

The Ramblers were led by running back Billy Lucas, who set a PIAA Class 4A championship game record for carries and yards as he carried the ball 40 times for 286 yards and three touchdowns.

The state title was the fifth overall for Cathedral Prep, which finishes with a 13-3 record.