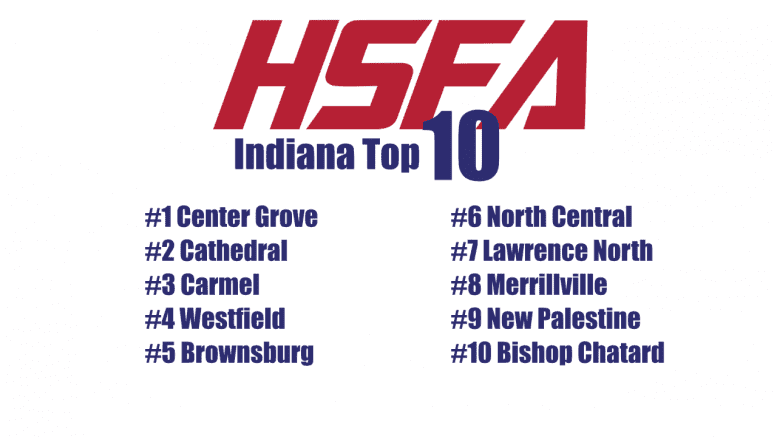 For the second straight week, Cathedral took-down a Cincinnati-area power. The Irish, who two weeks ago beat St. Xavier, beat La Salle 37-28 on Friday to move-up to No. 2 in our latest High School Football America Indiana Top 10 statewide rankings.

Cathedral’s climb was helped by Westfield’s 43-42 overtime win over former No. 2 Brownsburg. Cathedral will play its third straight game against a team from Ohio this Friday when it hosts Elder.

Westfield is up five spots this week to No. 4 after handing Brownsburg its first loss of the season. The Shamrocks won the game on a gutsy call for a two-point conversion after the Bulldogs took a 42-35 lead on the first possession in overtime.

Westfield ran a reverse to Carson Voorhis, who gave the Shamrocks the victory.

Bishop Chatard enters the statewide rankings for the first time this year at No. 10. This weekend, the defending 3A state champs will host No. 8 Merrillville.

Valparaiso drops-out of the rankings. The Vikings are 3-0, but are being hurt in the algorithm by only playing half of the number games as the rest of the teams in the statewide rankings.

The Bond of High School Football