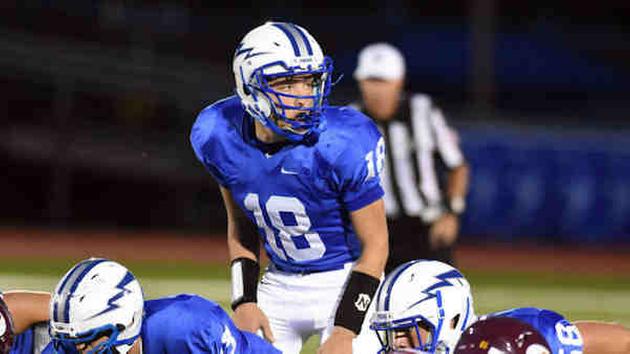 Warren Hills quarterback Evan Murray looks over the defense during a game against Summit on Sept. 26, 2015. Photo NJ.com.

The 17-year old New Jersey senior had an abnormally enlarged spleen, according to the report from Dr. Ronald Suarez and was therefore more susceptible to injury. The Medical Examiner’s Office ruled the death accidental and said there was no evidence of heart disease or head trauma.