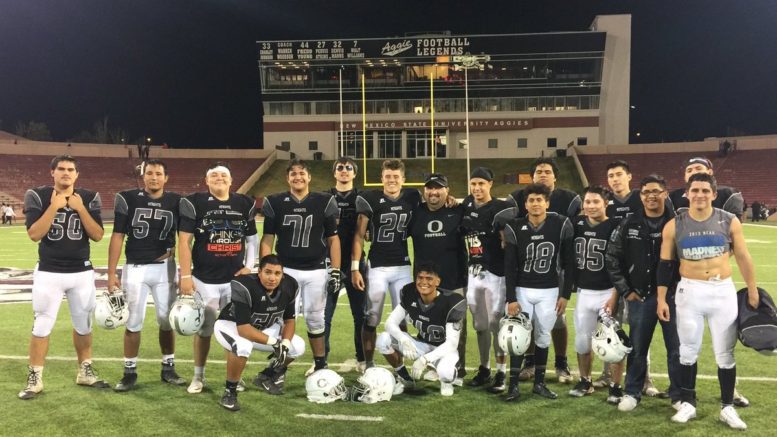 Centennial earned a playoff spot with its 47-7 win over Oñate Thursday night.  The game was played at New Mexico State’s Aggie Memorial Stadium.

Oñate head coach Scott Veliz blogged about the game known as the Organ Mountain Rivalry on Thursday.  This was the fourth game in the series with Centennial having won all four.

My first senior group as a head coach. The foundation for all the great things Oñate Football will do in the future! Love these young men!! pic.twitter.com/yuIogrtkXB

You can read a game wrap-up from the Las Cruces Sun-News by clicking here.

A New Era: Our First Win