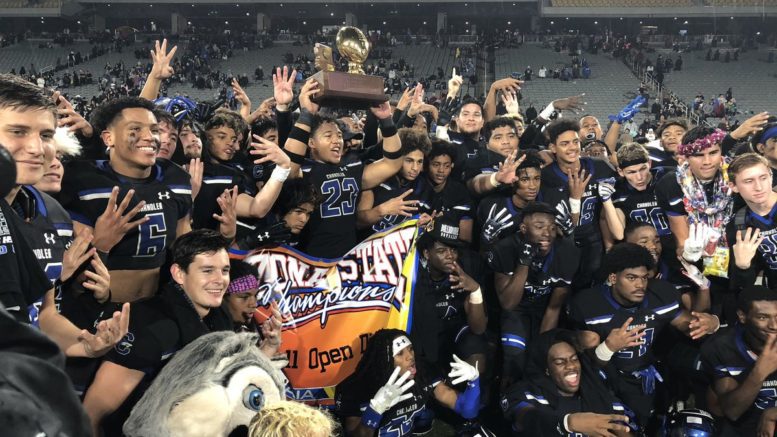 Chandler, ranked No. 35 in the High School Football America 100, ran out to a 28-7 lead on six-time defending 4A state champ Saguaro on the way to a 42-35 win in Arizona’s first-ever Open Division championship. Saguaro entered the game No. 42 in our national rankings.

After three straight 6A championships, Chandler has now won four straight state titles. The Wolves has play in state championship games in five of the last six years.