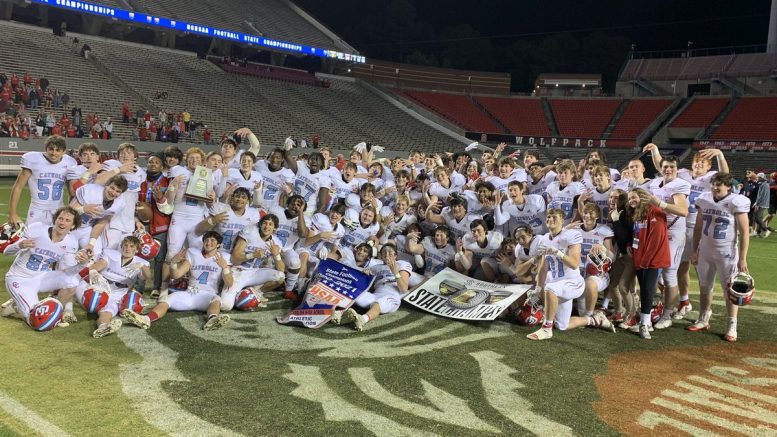 For the fourth straight year, Charlotte Catholic finishes as a state champ. The Cougars beat Havelock 14-7 for the 3A championship in a battle of High School Football America North Carolina Top 10 teams.

DE Connor Dougherty is the Most Outstanding Defensive Player.

QB Sean Boyle is the Most Outstanding Offensive Player.

The CC defense was outstanding, limiting the explosive Havelock offense to just one score. The Rams entered the game averaging 52.1 points per game. The Cougars defense allowed 201 total yards to a Havelock offense that was averaging 417 yards per contest.