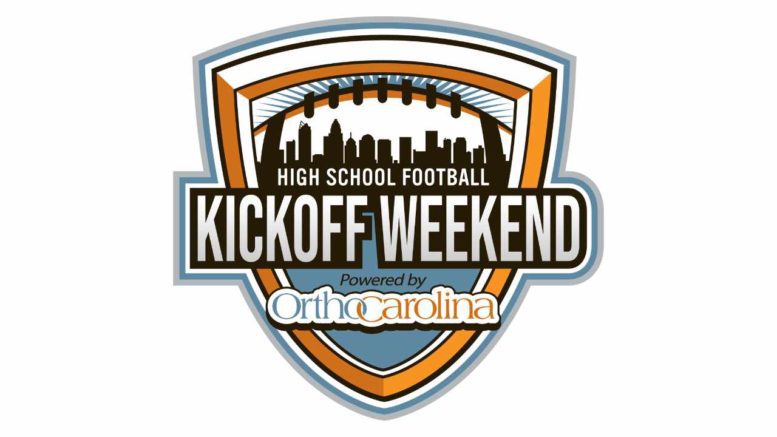 Carolina high school football fans will be in for a treat in mid-August when the Mecklenburg County Sportsplex hosts the Charlotte Kickoff Weekend powered by OrthoCarolina. The two-day event will feature five North Carolina teams, three of whom finished in the final 2019 High School Football America 100, and four-time defending South Carolina champ Dutch Fork, which finished No. 11 in our national rankings.

It all gets started August 19 when Charlotte-powers Mallard Creek and Myers Park square-off. It will be MC’s first game under Kennedy Tinsley, who takes-over for Mike Palmieri, the school’s only head coach, who took a head coaching job at Denmark High in Georgia during the offseason.

Mallard Creek finished 2019 ranked No. 98 in our national rankings, while Myers Park spent a lot of the season in the Top 100 before finishing No. 102 in the nation.

On Saturday, August 22 there will be a doubleheader that begins with Dutch Fork facing defending North Carolina 4AA state champ Vance, which ended 2019 ranked No. 66 in the nation.

The weekend ends with two-time defending state champ Weddington playing Ardrey Kell. Weddington, which finished No. 91 in the Top 100 last year, features the nation’s No. 1 all-purpose back Will Shipley, who recently gave his verbal commitment to Clemson.

“We started this event in Charlotte in 2014 and have had great match-ups over the years, but this is by far the strongest slate of teams we’ve ever assembled. Our team is proceeding with planning and operations, anticipating kicking off the season by showcasing some of the very best programs and student-athletes in the Carolinas in one venue over the opening weekend,” said James Companion of Teall Properties Group, the event’s organizer. “We are forever grateful to OrthoCarolina for making this special experience possible for the participating student-athletes, bands, cheerleaders, schools and their communities.”

According to the event’s news release, the matchups will include five of the top 61 recruits in the state and three players ranked nationally in the ESPN 300 current rankings for the class of 2021.