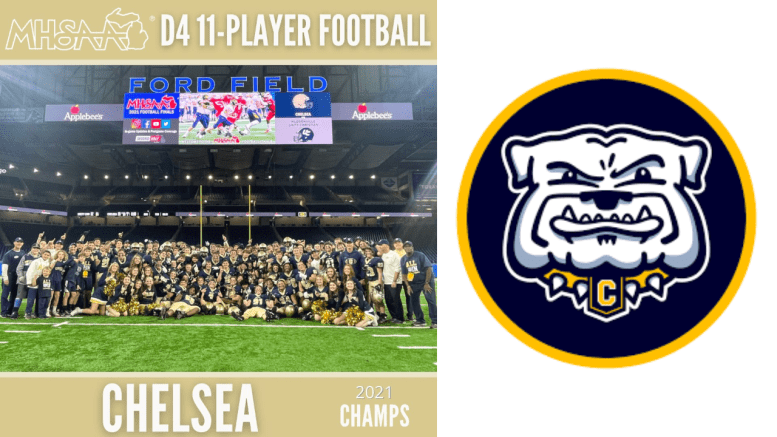 Trailing 52-31 early in the fourth quarter didn’t deter Chelsea in its Division 4 championship game against Unity Christian. The Bulldogs scored the final 24 points of the game to win their first-ever football state championship with a 55-52 victory.

Here's Chelsea senior Hunter Shaw after he made the game-winning field goal to give the Bulldogs its first ever football state title tonight. @ChelseaFB_SEC @ChelseaBulldogs #StateChamps X @hungryhowies pic.twitter.com/5fvxM5cqOm

Read a game recap from MHSAA