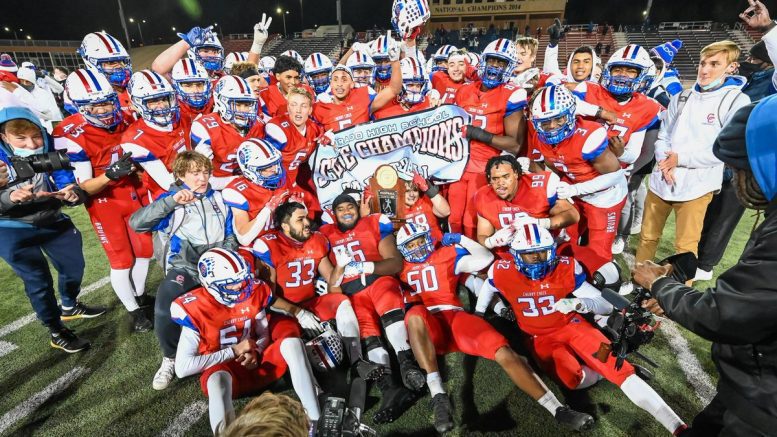 Cherry Creek head coach Dave Logan, who played wide receiver in the NFL with the Denver Broncos and the Cleveland Browns, now has won nine state championships during his time with the Bruins and Mullen.