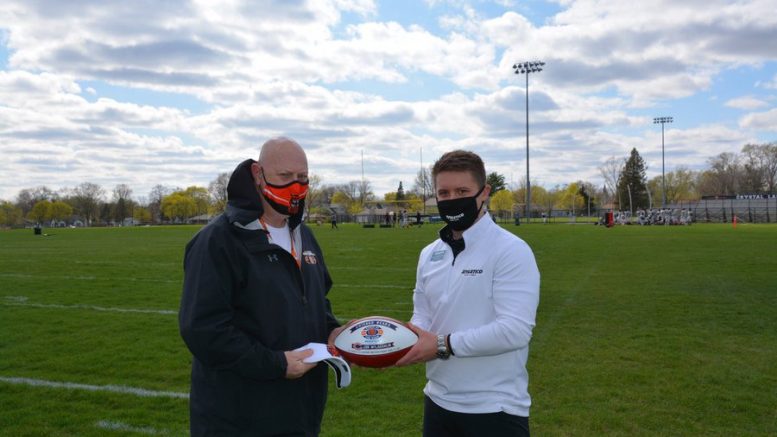 Jon McLaughlin, head coach at Crystal Lake Central, is the Chicago Bears Week 3 High School Coach of the Week. McLaughlin, who is in his second stint as the Tigers’ head coach, has his team off to a 3-0 start in the Spring ’21 high school football season.

Last week, CLC beat Prairie Ridge 14-13 in overtime. It was the school’s first win over PR since 2012. Prairie Ridge was ranked No. 2 in the Associated Press Top 10 6A rankings at the time. Crystal Lake Central moves into the rankings at No. 10.

Congratulations to this week’s @ChicagoBears Coach of the Week brought to you by @Athletico, Jon McLaughlin of @CLCTigerFB!@IHSA_IL x #CoachOfTheWeek pic.twitter.com/60eFqCJy9c

The @ChicagoBears presented custom footballs, alongside our partner @Athletico, to @CoachMacCLC & Gary Moeller from @PHSKnightsFBall as part of our Coach of the Week & High School All-Stars programs.@IHSA_IL pic.twitter.com/EAc360LUjb