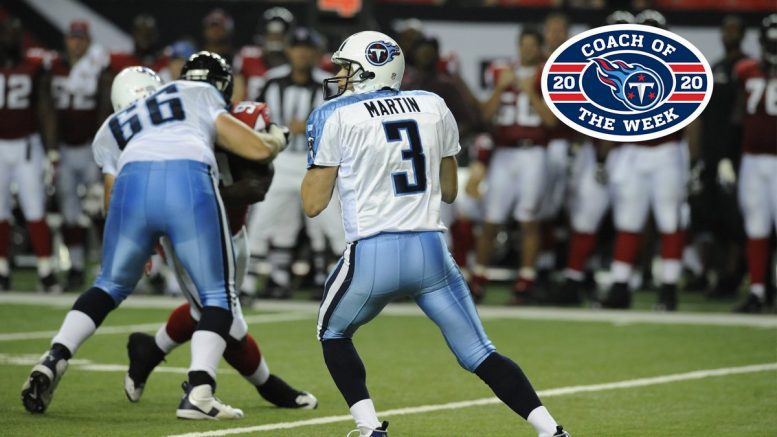 Congratulations to Christ Presbyterian Academy (Nashville, Tennessee) head coach Ingle Martin, who spent time in the National Football League as a quarterback for four teams, on being named this week’s Tennessee Titans High School Football Coach of the Week. Martin, who was named CPA’s head coach in 2011, has built the Lions into one of the top high school football programs in the State of Tennessee.

Congrats to one of our own, Ingle Martin of @CPAFootball, for winning 🏆 our @Titans High School Coach of the Week award for 9/11. Way to go Coach! Best of luck to you and the Lions the rest of the season 🏈 #Titans pic.twitter.com/n5EOemJaMd

Martin, who spent time in the NFL with the Denver Broncos, Green Bay Packers, Kansas City Chiefs and the Tennessee Titans, has taken his CPA Lions to five state championships, winning the Division II Class AA title in 2014 and 2018. Last year, CPA finished runner-up. His overall record, including a 3-0 start this year, is 109-23.

We’ve got a great one in the Lions Den tonight 🔥 🏈Good luck to Ingle Martin & @CoachRocBatten, two of the best coaches in our state, as they lead their teams to battle in the #Titans HS Game of the Week presented by @BCBST pic.twitter.com/CfjMxMS537

Congratulations Coach Martin. We are grateful for our coach! https://t.co/Wq4P63RRXm

Martin was an outstanding high school quarterback at Montgomery Bell Academy in Tennessee where he led MBA to three straight state championships with a 32-game win streak. His teams were nationally-ranked by USA TODAY in 1999 and 2000.

Martin, who began his college football career at the University of Florida and then transferred to Furman, won back-to-back Tennessee Division II-AA Mr. Football Back Awards after his junior and senior years. 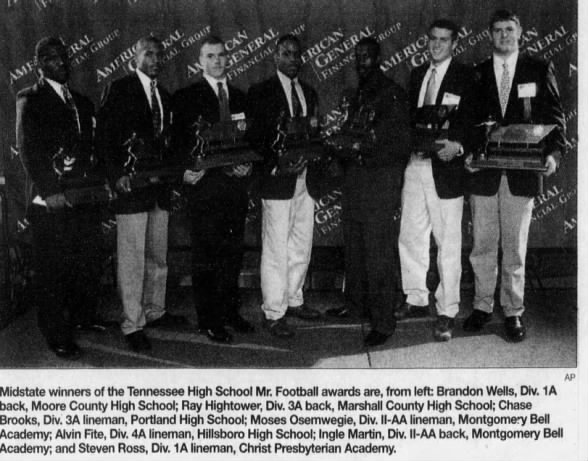 Martin’s program will receive a $1,000 donation courtesy of the Titans Foundation, plus he is now in the running for the 2020 Titans’ Coach of the Year Award.