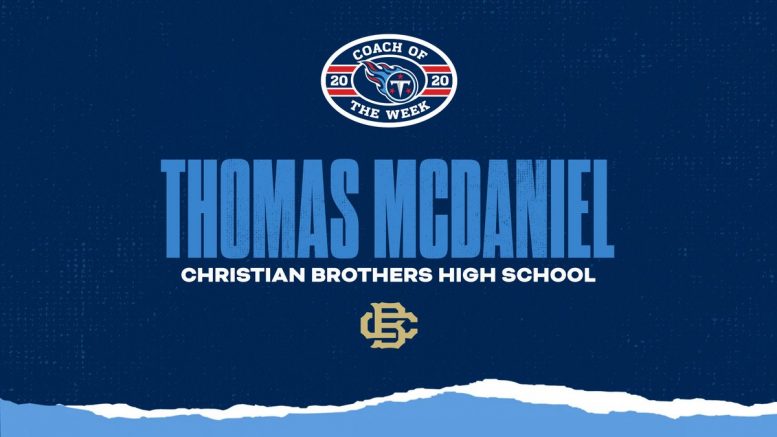 McDaniel took-over the Purple Wave in 2015 after serving as the head coach at Oakland High in Murfreesboro. In his first year at Oakland, McDaniel led the Patriots to the state’s 5A state championship.

Congrats to @ThomasMcDaniel4 of @CBHS_Football for winning our @Titans High School Coach of the Week award for 9/18. Huge region win last night in D2 3A West for the Purple Wave 🏈 #Titans pic.twitter.com/1FiCUOKUvg

McDaniel and his program are coming a big win last Friday when Christian Brothers beat previously unbeaten Pope John Paul II 45-21 on Friday. Coming into the game, CBHS was just outside of the High School Football America Tennessee Top 10, the win put the Purple Wave in this week’s statewide rankings at No. 9.

McDaniel’s program will receive a $1,000 donation courtesy of the Titans Foundation, plus he is now in the running for the 2020 Titans’ Coach of the Year Award.