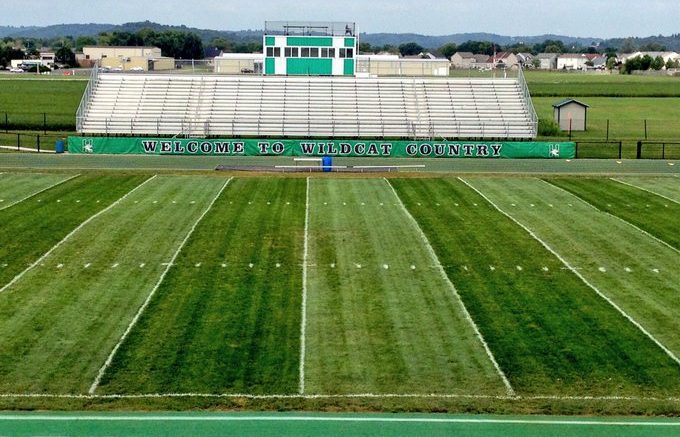 Harrison High School, northwest of Cincinnati, is getting a $250,000 grant from the National Football League’s Cincinnati Bengals and the league’s Grassroots Program to put-down a new synthetic turf at the school. According to a news release, the new game field, along with a practice field that is also being built, will allow for more football games and practices, as well as other sporting events and community usage.

The #Bengals & the @NFLFoundation Grassroots Program teamed up to contribute $250,000 to Harrison High School to install a new synthetic turf field.

“Harrison High School is honored to be selected as the recipient of this grant,” Harrison athletic director Mark Meibers said. “Our community is experiencing rapid growth, and a turf practice field in addition to the turf game field will provide opportunities for an increasing number of student-athletes at all age levels.”

The grant from the Bengals, the NFL Foundation, and Local Initiatives Support Corporation (LISC) to the school is part of the second round of $3 million in field refurbishment awards allocated this year.

The NFL Foundation Grassroots Program – a partnership between the NFL Foundation and LISC, a national community development support organization – has supported the construction or renovation of 376 football fields nationwide since 1998. During that time, the NFL Foundation has granted nearly $61 million to revitalize playing fields in underserved neighborhoods. Fields are newly built or significantly renovated, with improvements such as irrigation systems, lights, bleachers, scoreboards, goal posts and turf. Grassroots grants are issued once established funding thresholds are reached for each project.

“It’s always great to be able to give back and make a difference, so we’re honored to have played a role in helping this project come to fruition,” Bengals Executive Vice President Katie Blackburn said. “We look forward to seeing the finished fields and the positive impact they will have on youth for years to come.”