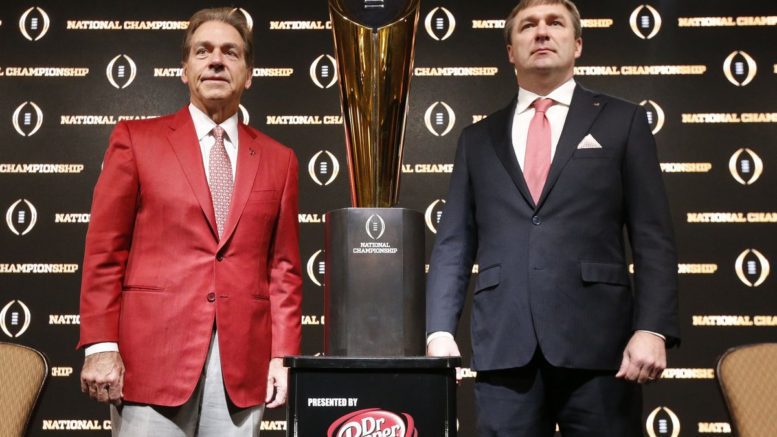 In just his second year as the head coach at the University of Georgia, Kirby Smart and his Bulldogs are playing for a national championship Monday night against Alabama and the guy that used to be Smart’s boss when he was the defensive coordinator of the Crimson Tide.  Smart’s climb to the top of the college football coaching world may be directly related what he saw growing-up.

Smart’s father Sonny spent over two decades as a high school football coach in Georgia. Sonny Smart was the head coach at Bainbridge High School from 1988 through 1994 where he coached his son.

During Kirby’s career at Bainbridge, Smart had 16 career interceptions that helped earn him a scholarship to Georgia. He intercepted 13 passes for the Bulldogs, and he was an All-Southeastern Conference defensive back as a senior. Smart earned academic All-SEC honors all four years in Athens, where he studied finance.

The elder Smart amassed a record of 44-30-1 at Bainbridge.

If Smart is able to beat his former boss, Nick Saban, it will be the first time that one of his former assistants has beaten the man that owns five national championships. Saban’s former assistant are 0-11 heading into Monday night’s showdown in the Mercedes-Benz Stadium in Atlanta.

Saban is 11-0 all-time against his former assistants with all 11 wins coming by at least 14 points. pic.twitter.com/xY8ooOfuy2