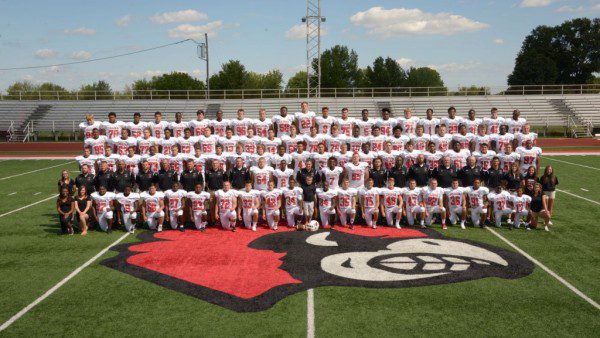 The biggest mover this week is Colerain (Ohio), which moves from #21 to #14.  The seven place jump is impressive considering that the Cardinals aren’t ranked in the USA TODAY Super 25.

After dropping-out of the compilation media poll last week, St. Thomas Aquinas jumps back in at #19.  Aside from the Raiders, new to the poll this week — Cibolo Steele (Texas) at #24 and Lone Peak (Utah) and Loyola (Illinois) are in a tie at #25.

Katy (Texas), which has won five straight games by shutout, climbs from #8 to 6 this week.

Dropping-out this week, aside from Euless Trinity and South Panola, is Gonzaga (Washington, DC).