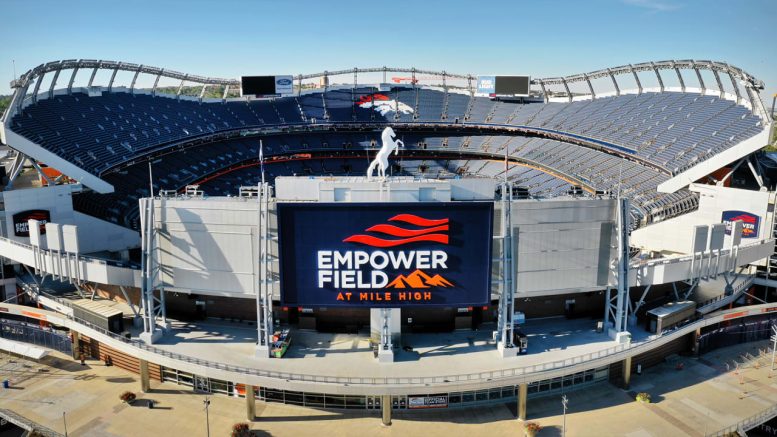 After a year away from Empower Field at Mile High, the Colorado high school football championships return to the home of the National Football League’s Denver Broncos.

The Colorado High School Activities Association, in cooperation with the Colorado Sports Hall of Fame will play the state’s Class 5A and 4A championship on Saturday in the NFL Stadium. The Broncos have hosted a portion of the state’s championship football games since 2005.

The 5A championship game between two-time defending champ Cherry Creek and Valor Christian features two teams ranked in the High School Football America 100, powered by NFL Play Football. In our statewide rankings, VC is ranked No. 1, while the Bruins are No. 2.

Cherry Creek, which will be playing in its fourth straight title game, is currently ranked No. 98 nationally. Valor Christian enters the game ranked No. 54.

This will be the third time in four years that the Bruins and Eagles will go head-to-head football gold.

In 2018, Valor Christian beat CC 24-14. Last year, Cherry Creek won 21-0 in a game that was played at Eddie DeRose ThunderBowl at CSU-Pueblo, because of the coronavirus pandemic.

Cherry Creek is led by head coach Dave Logan, who played wide receiver in the NFL with the Denver Broncos and the Cleveland Browns. Coming into the game, Logan has won nine state championships during his time with the Bruins and Mullen.

In the 4A championship game, Erie will face Chatfield.

Erie enters the game with a perfect 13-0. Quarterback Blake Barnett has led the offense with 1,763 yards with 23 touchdowns. The Tigers defense has been rock solid, ranking second in Class 4A with 30 sacks.

Chatfield was the 7th seed coming into the tournament. The Chargers are run-oriented offense. Coming into the game, Chatfield has rushed for nearly 3,800 yards as a team, led by Jake Marschall with 1,793 yards.

Colorado 5A & 4A Championship Schedule at Empower Field at Mile High