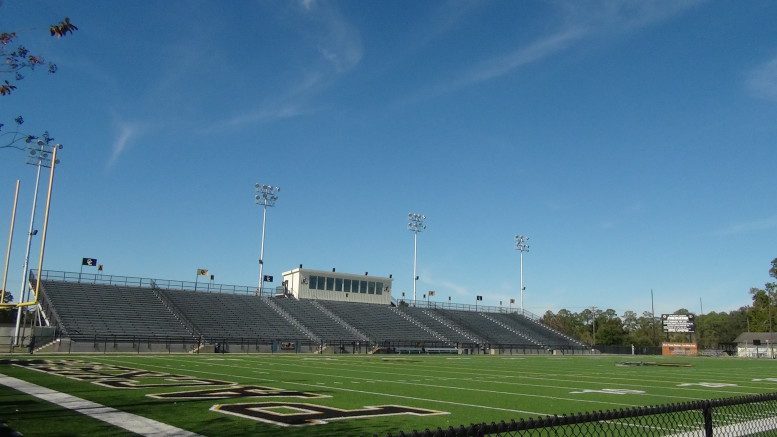 The universe works in mysterious ways.

We’re currently in the middle of a cross-country trip from Southern California to Atlanta, Georgia for Christmas and Sunday as I was finalizing the numbers in our algorithm to name our 2015 national champs, we pulled into Moultrie, Georgia.

Why is that a big deal?

It wasn’t planned that on this day, we would be driving through the small southern Georgia town, which is home to  one of the teams in a heated battle for this year’s “mythical” national championship.

With Saturday’s win by former #7 De La Salle over former #1 Corona Centennial in the California Open Division championship game, the door was opened for teams like Colquitt County (Georgia), Bishop Gorman (Nevada), and Katy (Texas) to claim our title as national champs this year.

In what turned-out to be the closest race since we began our using our proprietary algorithm for our national rankings in 2013, Colquitt County is this year’s national champ.  The two-time Georgia AAAAAA champs edged-out De La Salle for the top spot with Katy, just a hair behind at #3 and Bishop Gorman at #4.

As most of you know, this is a computer ranking, not an opinion poll, which means that the teams are ranked according to the results of our formula.  We know that every fan is proud of his or her team’s accomplishment and we are proud to produce this poll, which we believe is unlike any other out there when it comes to analyzing strength of schedule and results along with eight other items that go into our criteria.

Related: Final The Other 25

Congratulations to all on a great 2015 season!!

Rewind: beat Parkland 21-18 for 4A championship

Best Photos of the Week from Scorestream