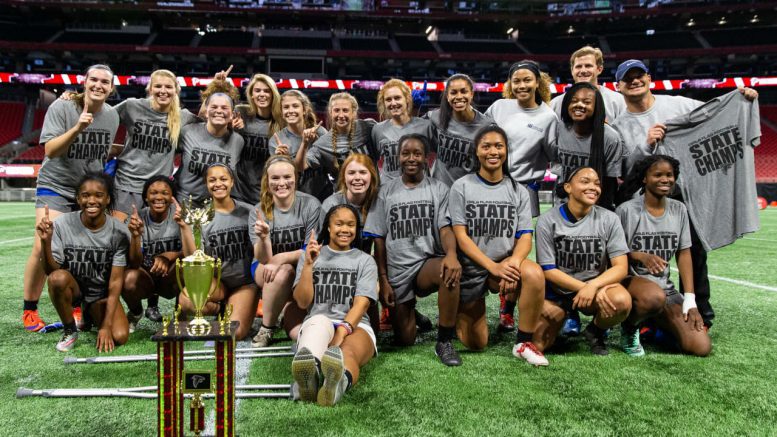 Wednesday was a special day for girls’ flag football in Georgia. First, the Georgia High School Association announced that with the help of the National Football League’s Atlanta Falcons, girls’ flag football will be an officially sanctioned sport in 2020, then the 2019 championship was played in the home of the Falcons.

Columbus High beat Collins Hill 31-0 in the championship game that was played in Mercedes-Benz Stadium.

52 teams across the state participated in the sports in 2019. Officials expect the sport to grow by about another 100 schools in 2020.

Podcast: Adam Clack, head coach at Milton (Georgia), No. 55 in our Preseason 100