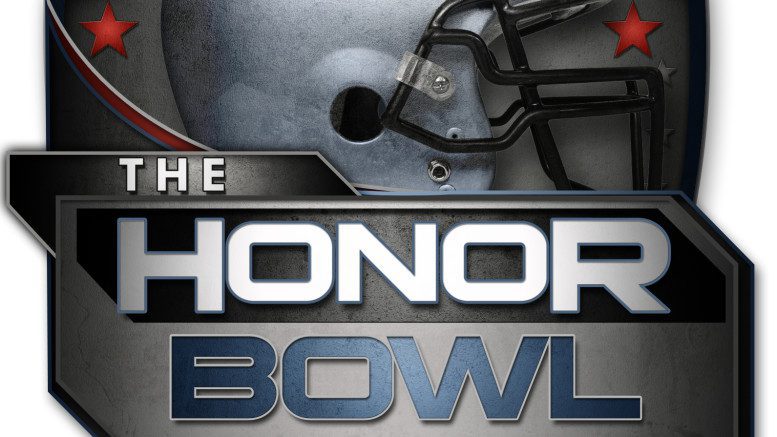 Today is a fun day for myself, High School Football America and Mark Soto, founder of The Honor Bowl.  Together we are pleased to announce that Florida and Southern California powers Corona Centennial (Corona, CA) and IMG Academy will square-off next year over the Labor Day Weekend in the 2016 Honor Bowl in Southern California.

I began working with Mark four years ago when I heard about his incredible high school football event with a mission of educating students, coaches and communities about the needs of our military veterans.  This year, instead of just promoting his 501 C 3 non-profit organization through our website and radio shows, Mark and I  decided to partner to bring some of America’s top high school football programs to the SoCal event.

High School Football America’s role has been to use our relationships to introduce coaches from around the country and their programs to Mark and The Honor Group’s great fundraising event for our nation’s military veterans.

Today’s announcement of the Corona Centennial/IMG match-up is the first of several that will be made about intriguing match-ups in the 2016.

The Honor Bowl has been played at Oceanside High School since 2013.  Oceanside is a great high school football program in San Diego County and the alma mater of NFL Hall of Fame linebacker Junior Seau.

Both teams feature lots of Division I talent, plus should also be in the hunt for a preseason Top 25 ranking in 2016.

“We are so happy to have these two incredible teams join us in 2016,” said Mark Soto, founder of The Honor Group. “Matt Logan (Corona Centennial) and Kevin Wright (IMG Academy) are two of the country’s top coaches and leaders of young men. They are a perfect fit for the Honor Bowl’s mission of educating students, coaches and communities about the needs of our military veterans.”

Soto added, “This event goes beyond wins and loses. Students and coaches understand that participating in The Honor Bowl is a time to become better educated and reflect on what our military has done and continues to do for our freedom.”

“I’d like to thank Jeff and High School Football America,” said Soto. “Jeff used his relationships to introduce some of the nation’s top programs to our event. Our goal is to bring some of the nation’s premier teams to the area to take-on the best in Southern California. In the very near future, we expect to announce the other marquee programs from around America that will be taking part in the 2016 event.”

“It’s a privilege to be able to play a part in The Honor Bowl,” said Matt Logan, head football coach at Corona Centennial High School. “It’s great to be able to honor and help the soldiers and their families that risked their lives for our freedom. Playing in a national game against an unbelievable opponent like IMG Academy is a great opportunity for our football program.”

“We are very excited to be participating in the 2016 Honor Bowl against Corona Centennial,” said Kevin Wright, Head Coach, IMG Academy. “Playing in a game that helps recognize and pay tribute to the tremendous sacrifices of the men and women of our armed forces and their families is both an honor and a privilege for our football program.”

IMG Academy’s visit to Southern California will mark the first time a Florida team has played in the event. Over the past two years, The Honor Bowl has showcased Washington State powers Bellevue and Eastside Catholic, plus Hawaii’s Kamehameha and Nevada-power Reed. In addition to Corona Centennial, which has played in every Southern California Honor Bowl, the event has featured SoCal heavyweights Alemany, Cathedral Catholic, Serra (Gardena), Helix, Oaks Christian, Oceanside, Orange Lutheran, St. Bonaventure, Upland and Westlake.