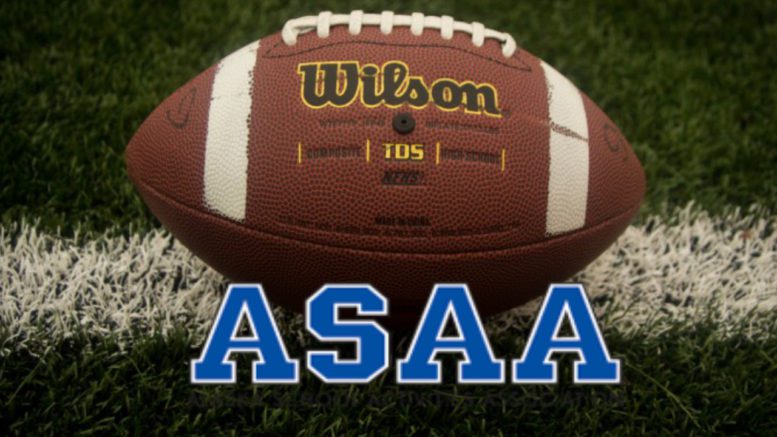 After an up-and-down season of high school football in Alaska last year, due to the coronavirus pandemic, coaches were hoping for a little bit normalcy in 2021. So far, that hasn’t happened with four of this weekend’s 13 games being cancelled due to COVID-19 protocols.

8-time Alaska state champ Soldotna had its game against West Valley cancelled after WV had a player test positive.

In addition to the Soldotna/West Valley game, Anchorage South vs Dimond, Kenai Central at Barrow and Kodiak at Redington were cancelled.

As was the case last year, coaches became very flexible.

The South/Dimond game was turned into a scrimmage when a number of Dimond players couldn’t meet the eligibility requirement of 10 preseason practices.

Kodiak and Barrow adjusted with the Whalers hosting the Bears above the Arctic Circle on Saturday.

The Nikiski Bulldogs held-off a late charge by the Eielson Ravens for a 28-27 victory for Nikiski in the Bulldogs season-opener at… – https://t.co/5RL0mH3upl pic.twitter.com/cnCEiHqBvs