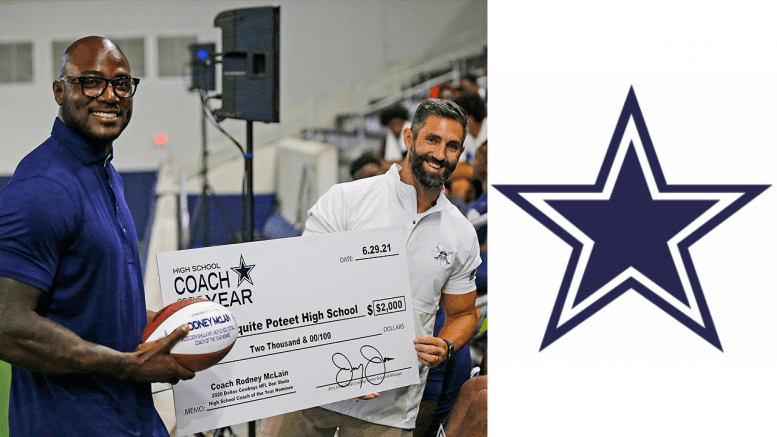 Rodney McLain of Poteet High School is the 2020-21 Dallas Cowboys Whataburger Coach of the Year. In 2020, McLain led Poteet to an 8-3 record, a three-win improvement from McLain’s first year in 2019.

McLain is one of 32 nominees in the running for the prestigious Don Shula NFL High School Coach of the Year Award.

Congrats to @RalphHPoteetHS HC Rodney McLain for being named the #DallasCowboys‘ nominee for the 2020-2021 NFL Don Shula HS Coach of the Year 🏆.

McLain was selected for the dedicated service he brings to his team, school & community through character, leadership & outreach. https://t.co/COsZLzfPQy pic.twitter.com/5bPCYzH8bF

Over the course of the 2020 high school football season, the Dallas Cowboys and Whataburger recognized 12 local coaches making an impact on their team, school and community. As part of their recognition, each coach received a $2,000 grant courtesy of Whataburger and the Gene and Jerry Jones Family Foundation for his football program.

New in 2020, student-athletes were able to nominate their head coaches to be recognized as Coach of the Week by completing the nomination form by clicking here.

Follow what the Dallas Cowboys are doing in the community