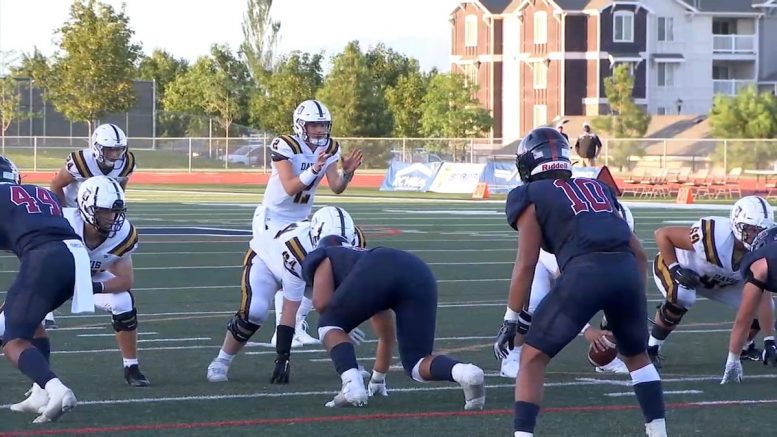 The 2020 high school football season kicked-off in Utah Thursday night with Davis beating Herriman 24-20. The game was the first regular season game in America since the coronavirus pandemic took its grip on the country.

There was tremendous interest in the game around the nation. It was streamed online and you can see from our tweet below that there were viewers from around the nation tuning-in to see exactly how it worked with the new COVID-19 rules designed to keep players and everyone else safe.

We suspect there’s a great national audience for this first regular season game between Davis and Herriman in Utah. What state are you watching from? 🏈 pic.twitter.com/r58eRyH84W

As far as the game itself, Herriman scored the first TD of the season to take a 7-0 lead on its home turf. However, after that Davis ran-off 24 unanswered points on the way to the victory.

Davis 24
Herriman 20@DavisHSSports gets the big win over @HHSMustangFB in the first game of the season. Darts qb Chance Trujillo balled out in the win! So nice to have real football back! Can't wait for tomorrow! https://t.co/xcSay0UO2i pic.twitter.com/HioKQZjTlg

Herriman allowed 25-percent capacity in the stands. Before the game, the school announced there were a few tickets left after 50 tickets went unclaimed.

Unclaimed football tickets are now available on our website for tonight’s game vs Davis at 7 pm. We have about 50 tickets left for general admission for Herriman Mustang fans only. Buy them while they last. https://t.co/az8r8nvwcH pic.twitter.com/Csdu9ehbfm

Each team was allowed to suit-up 50 players for the contest.

Friday night, Utah will host 50 games across the state. You can follow all of those games on our LIVE scoreboard powered by Scorestream.