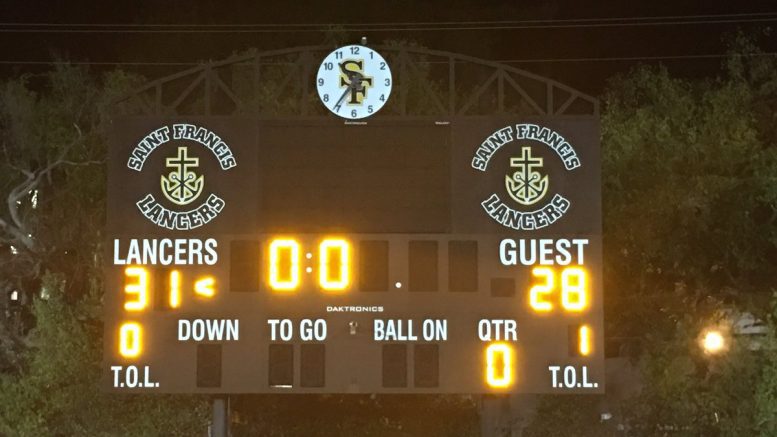 St. Francis pulled-off the upset of DLS, which entered the game ranked No. 18 in the High School Football America 100 powered by NFL Play Football, when with 16.7 seconds left, quarterback Matthew Dougherty Jr. found Nicolas Andrighetto for the winning score.

The streak against North California opponents began in 1992 after the Spartans lost their final game in 1991. That ’91 game was a loss to Pittsburg in the North Coast Section championship game.

Congratulations to the St. Francis Lancers for their 31-28 victory over De La Salle HS this evening. De La Salle’s first loss to a team in Northern California in 30 years. An amazing run by the Spartans. pic.twitter.com/4fv3qljBWS

During the 318 game streak, De La Salle was 316-0-2. The two ties came against Clayton Valley Charter and Palma in 2004, which came after the Spartans’ national record 151-game win streak came to an end on September 5, 2004 against Bellevue (Washington). That streak covered a 12-year period.