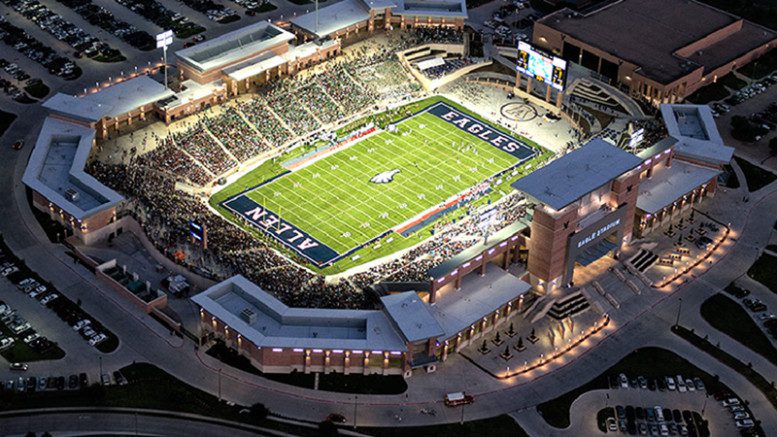 Three-time High School Football America “mythical” national champ Allen (Texas) has moved into a second place tie with St. John Bosco (California) in our latest Top 25 Media Compilation Poll.  The Eagles, who have won 52 straight games, were helped by St. John Bosco being dropped from #2 to #8 in the latest USA TODAY Super 25.

Allen and St. John Bosco now trail #1 Bishop Gorman (Nevada) by seven points.  Last week, Bosco had closed to within one point of the Gaels.

Grayson (Georgia) and Gonzaga (Washington DC) are the biggest movers this week with Grayson moving from #15 last week to #11 this week.  The Rams are tied with Gonzaga, which moved from #16 to the 11th place tie with Grayson.

New to the poll this week is St. Thomas Aquinas, which re-enters the poll at #24.  The Raiders had been as high as #2 in mid-September.