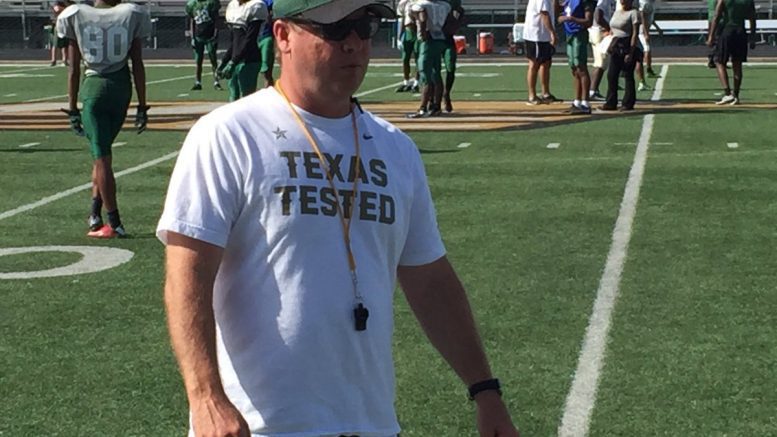 To say the last two years have been crazy for Todd Peterman would be an understatement.  Peterman, who led DeSoto to its first-ever state championship in 2016, has resigned as the program’s head coach after amassing a 32-8 record in three years as the Eagles’ head coach.

Last spring, the community rallied around Peterman when the school board considered not offering a new contract after his two-year deal ran out.  Evidently, Peterman a brought back and this past season, DeSoto finished 10-2, losing in the second round of the playoffs to Southlake Carroll. DeSoto began the year ranked No. 6 in the High School Football America Top 100.