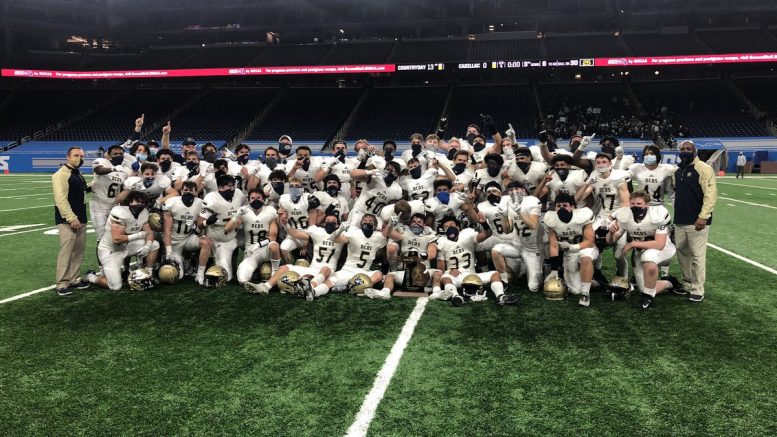 After runner-up finishes in 2007, 2008, 2012, 2016 and 2019, Detroit County Day is a state champ. Friday night, the Yellowjackets beat Cadillac 13-0 at Ford Field, home of the Detroit Lions, to capture the Michigan Division 4 high school football championship, the school’s first since 1999.

Country Day 2024 RB/OLB Gabriel Winowich with the TD, the only one of the game.

It was a big moment for them and it came from a freshman.