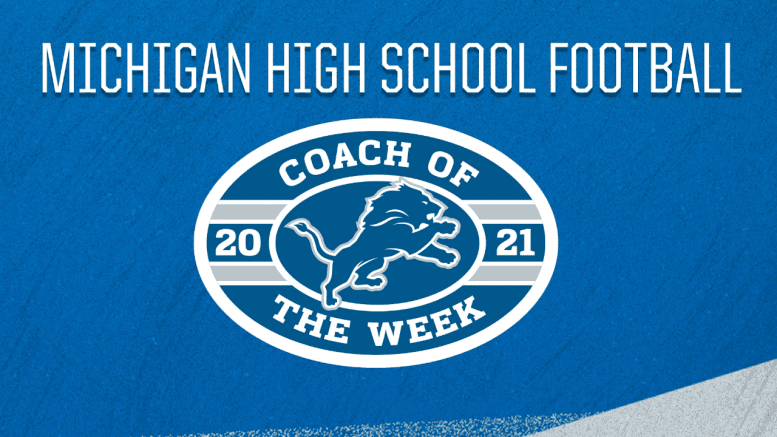 After a 35-28 season opening win over Midland, Traverse City West head coach Greg Vaughan is named the Detroit Lions Week 1 winner of its High School Coach of the Week Award. The game is known as the Battle at the Big House.

Vaughan is in his 23rd year coaching football. He was hired as TCW’s head coach in 2018.

Prior to his time with the Titans, Vaughan spent seven season (2008-2015) with St. Francis High School in Traverse City. In seven years there, he led the school to two state championships.

The Lions surprised Coach Vaughan while he was a guest on Head Coach Hangout.

We interviewed Greg Vaughan, varsity head football coach at @TCWSHTItans, and revealed to him that he was the recipient of the Week 1 @Lions Michigan HS Football Coach of the Week. Hear the full interview here: https://t.co/JWht2i84HO pic.twitter.com/Ys12iLfUfl

First and Fisher: A look at the late Don Maynard’s high school days in Texas

The Man Behind the Pink Arrow Pride Game retires