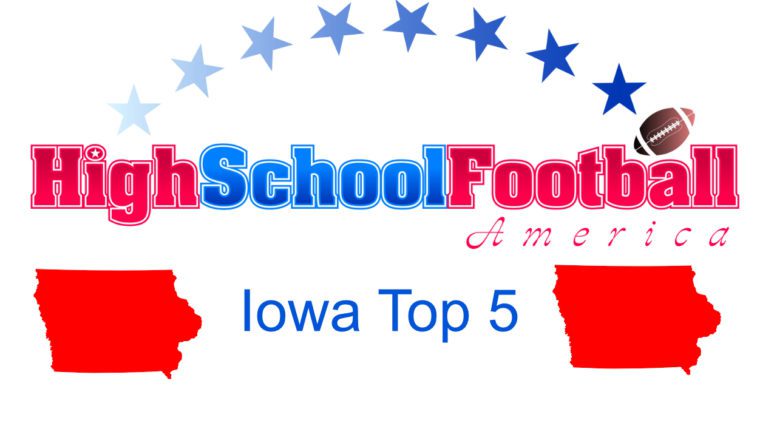 Dowling Catholic, fresh off its fifth straight Iowa 4A state high school football championship, is the No. 1 team in the final High School Football America Iowa Top 5 that is created with our proprietary algorithm.  The Maroons, who spent most of the season in the No. 1 spot, climbs-over Iowa City West, which lost to Dowling in the title game.

3A champ Xavier finishes No. 3 after beating Pella, which was going after a four-peat at the UNI-Dome last week.