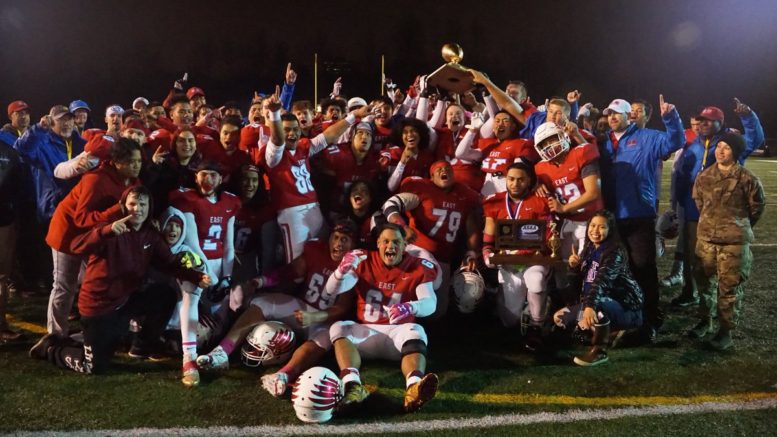 Anchorage’s East High School is the state’s 2018 Division I high school football champ. The T-birds won their second state title in three years with a 35-6 win Friday night over West, which was playing in its third straight state championship game.

The win caps a 10-1 season for East. The T-birds only loss was to Arizona’s Cesar Chavez.