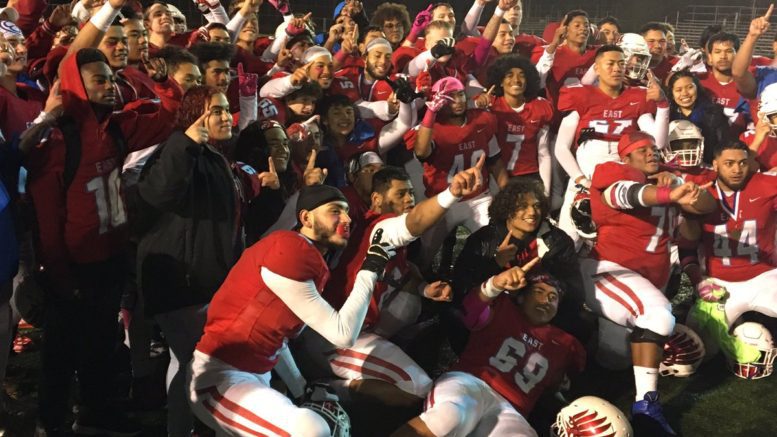 Congratulations to all three Alaska high school football state champs. Division I champ East finishes No. 1 in the High School Football America Alaska Top 5 that is created with our proprietary algorithm.

The T-birds began the season ranked No. 4 in our first statewide poll. East spent the entire season in the Top 5. The T-birds did fall to No. 5 after its Week 2 loss to Arizona’s Cesar Chavez, but after that, the climb to the top began.

Division I runner-up West finishes No. 2, followed by seven-time Division II champ Soldotna, which opened the season with a last second loss to West. Bartlett and Colony round-out the Top 5 at No. 4 and No. 5 respectively.