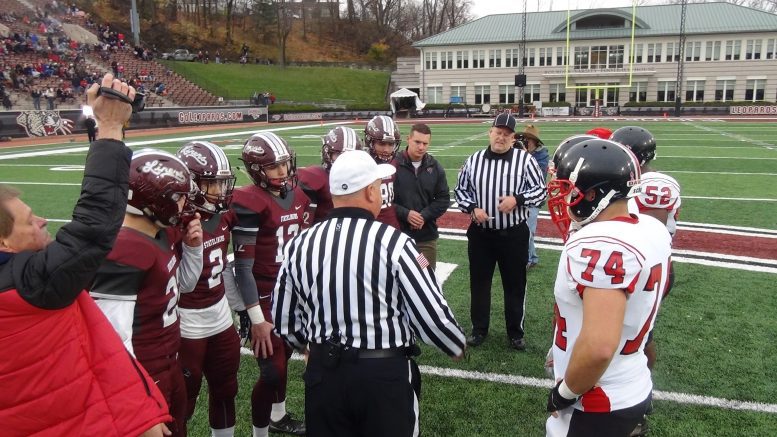 While there are older Turkey high school football rivalries, the Battle for the Forks of Delaware may be the best known in America. The main reason the game between Easton (Pennsylvania) and Phillipsburg (New Jersey) is so well-known is the game has been shown on ESPN twice, in addition to a plethora of national media stories touting the Thanksgiving Day game between the two schools only separated by the Delaware River.

The game at the end was marred by a brawl between the two teams.

Easton finishes the season with an 8-5 record, while Phillipsburg ends with an 8-3 mark.

Easton (Pennsylvania) beats Phillipsburg (New Jersey) in Game No. 114 for the Battle of the Forks of the Delaware