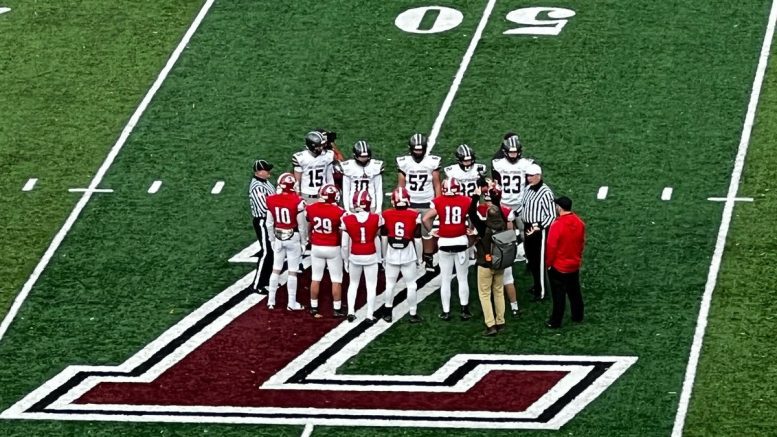 Leading the game 3-0 with a little over a minute to play, P’burg only needed to picked-up a first down to seal the victory in the 114th meeting between the two in their annual Battle for the Forks of the Delaware. However, the Red Rovers forced a a fumble that they recovered at the P’burg 15 with 1:10 to play.

Two plays later,  Cole Transue connected with Marcus Williams on a 10-yard touchdown to give Easton a 7-3 lead with :58 seconds remaining.

Easton’s six game win streak against the Stateliners is the long by either school in the series. Easton now holds a 67-42-5 advantage in the historic series.