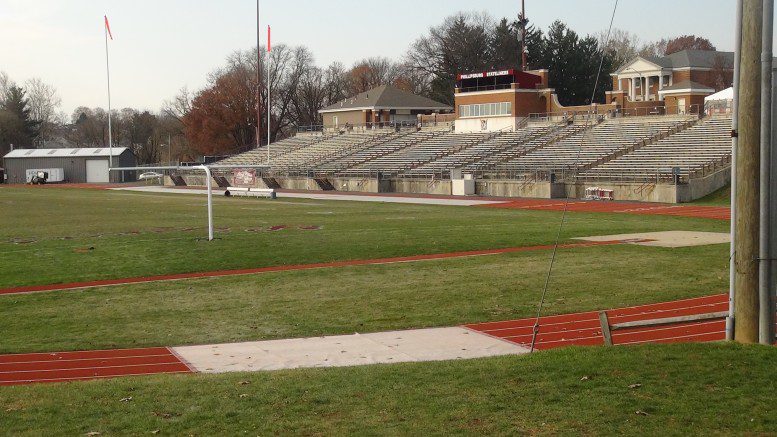 For the first time since 1926, the annual Thanksgiving Day high school football game between Easton (Pennsylvania) and Phillipsburg (New Jersey) won’t be played at Lafayette College in Easton, Pennsylvania. School officials have announced that the game is being moved to Phillipsburg High School’s Maloney Stadium, because of COVID-19 restrictions at Lafayette.

The announcement was made via a joint news release:

“Fisher Stadium on the campus of Lafayette College, the site of the rivalry for more than 100 years, will continue the tradition in the future as the game’s host,” the joint statement read. “However, COVID-19 restrictions on the Lafayette campus made it unavailable for the 2020 contest. Lafayette is restricting visitor access as part of its strategy to limit the spread of COVID-19, with no classes being held in person, its athletics teams not competing, and artistic performances and guest lectures being delivered virtually.”

It is expected that the game that annually draws close to 15,000 fans will see a limit on the number of people at Maloney Stadium.

“Unfortunately, we do not anticipate any tickets for the general public. We can inform both communities that, currently, outdoor gatherings are limited to 500 persons in New Jersey, not including those on the playing field. We do not see that number increasing prior to the game, and it is highly likely that only essential game operations personnel, coaching staff, and families of the players, cheerleaders, and band will be admitted to the game.”