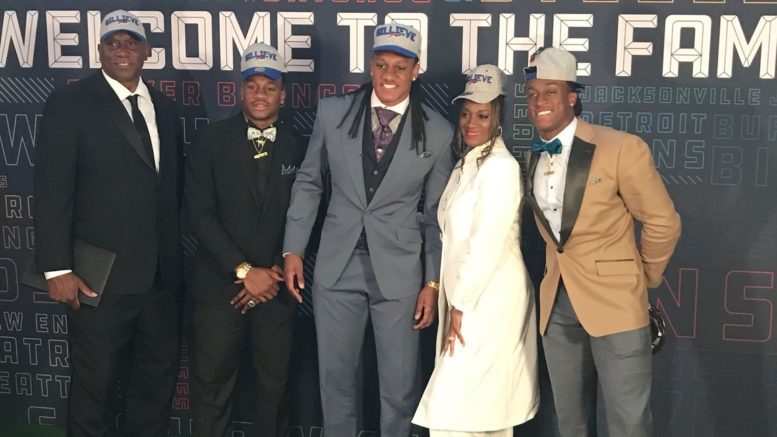 For the first time ever, two brothers heard their names called during the first round of an NFL Draft. It all started Thursday night when the Buffalo Bills selected linebacker Tremaine Edmunds with the No. 16 pick. History was made when the Pittsburgh Steelers chose Edmunds’ other brother Terrell, a safety, at No. 28.

In addition to the historical moment at AT&T Stadium in Arlington, Texas, the selection of the former Virginia Tech Hokies means that there will be three Edmunds in the NFL this season. Older brother Trey Edmunds will be heading into his second pro season this year as a running back for the New Orleans Saints.

And, there’s one more NFL connection — The Edmunds’ brother all played for their father Ferrell Edmunds who is the head football coach at Dan River High School in Ringgold, Virginia. Edmunds owns a NFL pedigree with two Pro Bowl appearances as a tight end for the Miami Dolphins.  The elder Edmunds finished his career with the Seattle Seahawks in 1994.

The last schools to have two players chosen in the first round was Wisconsin’s Bradford High School in 2015 when the Minnesota Vikings took defensive end Trae Waynes at No. 11 and the San Diego Chargers selected running back Melvin Gordon at No. 15.

Related: Sam Darnold’s high school coach talks about who the NY Jets are getting