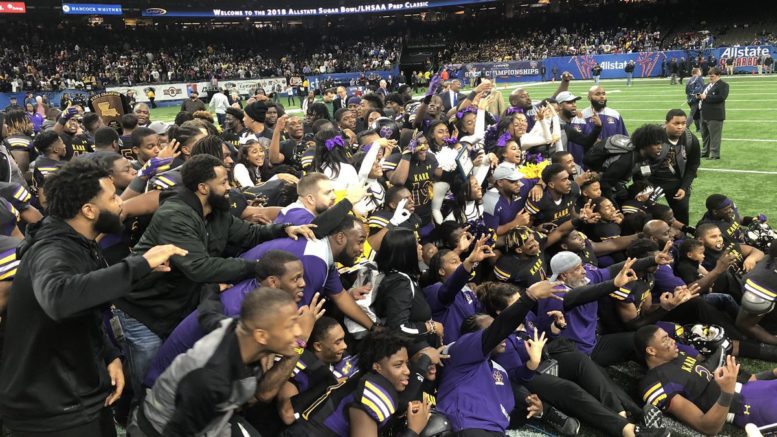 It’s never easy beating a team two times in one season, but Edna Karr did it Saturday in the Superdome to win the school’s third straight 4A state title. After falling behind Warren Easton 12-0 in the first quarter, the Cougars, ranked No. 36 in the latest High School Football America 100 national rankings, stormed back for a 28-20 victory over the Eagles, who were ranked No. 62 nationally.

No. 53 John Curtis remains unbeaten with victory over No. 83 Warren Easton in battle of Louisiana Unbeatens