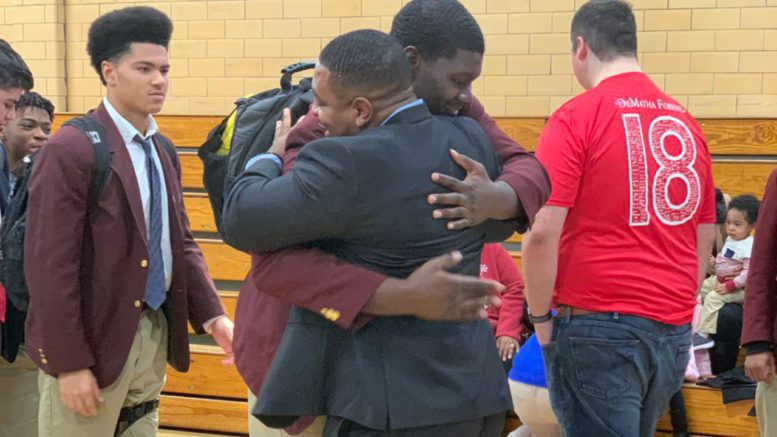 Elijah Brooks says good bye to his players after resigning at Dematha. Twitter photo by @SherreeBurruss

Brooks led the Stags to four straight Washington Catholic Athletic Conference championships from 2013 to 2016. DeMatha is currently ranked No. 37 in the High School Football America 100 rankings.

#Breaking DeMatha head football coach Elijah Brooks is leaving the Stags to take over as the running backs coach at the University of Maryland. The emotional good bye to his players. @NBC4Sports @nbcwashington pic.twitter.com/H8iV2F5QE5

From Fr. James, President of DeMatha:

“On behalf of Dr. McMahon and the entire DeMatha community, we would like to thank Elijah Brooks ’02 for his 12 years of dedicated service
as a faculty member and coach. We wish Coach Brooks well in his future endeavors.” pic.twitter.com/5Ivz3UMbXl