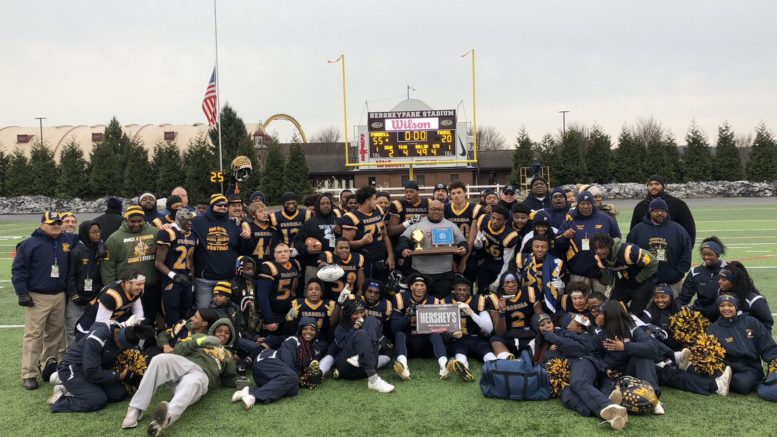 For the first time since 1996, Farrell is a Pennsylvania state football champ. The Steelers beat Lackawanna Trail 55-20 Thursday in the Class A state championship game at Hershey Park Stadium.

Farrell (15-2) entered the game ranked No. 7 in our Pennsylvania Small Schools Top 10. Lackawanna Trail finishes with a 14-2 mark.

It’s getting sweeter by the minute in Hershey! The Farrell Steelers have won the PIAA 1A Football Championship @farrellfootball #PIAAonPCN pic.twitter.com/QEoLp6jHpR