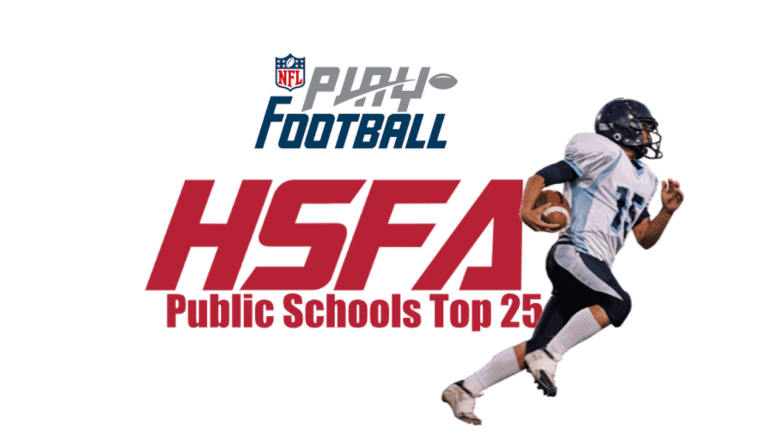 Westlake captured its third straight state title in 2021, which put the Chaparrals at No. 2 in the High School Football America 100 national rankings.

It’s the second straight year that Westlake is the top public school in America. Since High School Football America began its rankings in 2012, a Texas school has finished No. 1 seven times in the public school rankings. Allen leads the way with four No. 1’s.

The Chaps will enter 2022 on a 40-game win streak under new head coach Tony Salazar, who replaces Todd Dodge, who retired at the end of the season.

Falling-in behind Westlake is North Shore at No. 2. The Mustangs won the Class 6A Division I state title, their third in the last four years.

Duncanville, which lost to North Shore in the championship game finishes No. 3. The Panthers only losses in 2021 were to the Mustangs and national champ Mater Dei (California).

The first non-Texas team is Tennessee Class 6A state champ Oakland at No. 4. The Patriots have won two straight titles in the Volunteer State’s biggest classification.

Two-time Indiana 6A champ Center Grove lands at No. 5.

Georgia has the second most teams in the Top 25. 6A state champ Buford, which has won three straight state titles, is the highest-ranked team from the Peach State at No. 9.

Florida places three teams in the Public Schools Top 25. Leading the way is 6A champ Miami Central at No. 7. The Rockets have won three straight state titles.

Below is the entire Top 25 that is created with our proprietary algorithm.

Past Public Schools No. 1