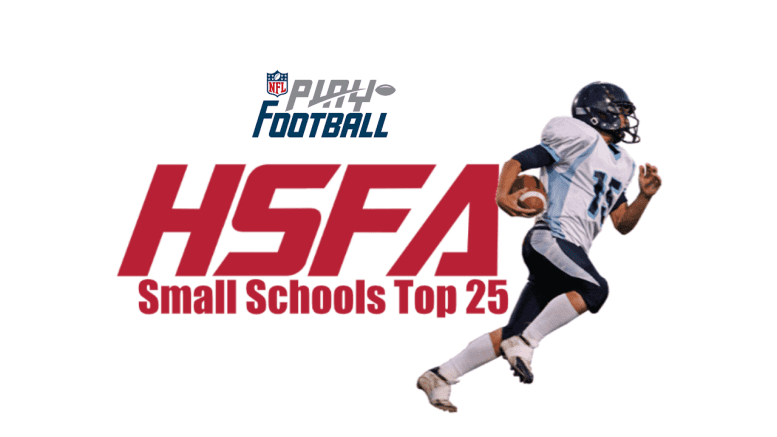 Florida’s Chaminade-Madonna is a small school that plays a big-time national high school football schedule. The Lions, who won the Sunshine State’s 3A state championship in December, is the No. 1 team in the 2021 High School Football America Small Schools Top 25, powered by NFL Play Football.

All of our national rankings are created with our proprietary algorithm that we’ve been using since 2013.

Chaminade-Madonna, which has won four state titles in the last five years, beat seven teams ranked in the HSFA 200 national rankings during the 2021 season, including two state champs from other states. The Lions beat Georgia 7A champ Buford in mid-September and Arizona 6A champ Highland in the GEICO State Champions Bowl Series before the holidays.

C-M’s only loss in 2021 came at the hands of American Heritage (Plantation, Florida), a 6A school that finished No. 61 in the High School Football America 100 national rankings.

In our national Top 100, covering schools of all sizes, Chaminade-Madonna finished No. 18 in America.

Greenville Christian from Mississippi finishes No. 2. The Saints only suited-up 36 players on the way to winning the school’s second straight Midsouth Association of Independent Schools 3A championship.

Seven-time defending Tennessee state champ Alcoa is No. 3 in the Small Schools Top 25. The Class 3A champs’ only loss of the year was against arch-rival Maryville, a 6A school that was ranked No. 68 in the national Top 100. The Tornadoes finished a notch behind Maryville at No. 69 nationally.

Florida 2A champ Trinity Christian Academy from Jacksonville finished No. 4. Like Chaminade-Madonna, TCA plays one of the toughest schedules in the nation. The Conquerors won their ninth overall state championship in 2021.

Florida leads the way in the Small School rankings with five teams. Joining Chaminade-Madonna and Trinity Christian are Berkeley Prep (No. 6), Champagnat Catholic (No. 9) and Madison County (No. 18).

Pennsylvania and Texas make a strong showing with four teams each in the Top 25.

Central Valley, Pennsylvania’s two-time AAA champs, is the highest ranked team from the Keystone State at No. 10. Aliquippa, a 1A school enrollment-wise that won a AAAA title, is ranked No. 12, followed by Wyomissing at No. 15.

In all, twelve different states are represented in this year’s final national rankings.

Editor’s Note: The High School Football America national, regional and state rankings are developed using our proprietary algorithm. The Small Schools rankings are based on enrollment numbers below 700 and can be affected by schools that “play up.”